JCEA is a democratic organization led by our Council of Association Representatives, Executive Committee, Board of Directors, and the collective voice of our members.

JCEA and the Jeffco Board of Education began negotiating on their first Master Agreement in 1968. This year is the 50th anniversary of our negotiated agreement to stand up for the learning conditions for our students.

Michelle Moehlis is the Spanish Teacher at Green Mountain High School. She decided to chair the JCEA bargaining team because the educator’s work environment is the students’ learning environment. She believes we all deserve fully funded schools that are safe and resourced to deliver a 21st century education.  Successful schools create and contribute to strong supportive communities.

Ernest is a math teacher at Standley Lake High School. He has served as an AR, AAC before serving as the chair of BOAT. Ernest was elected Treasurer of JCEA in 2020, and is now serving on the CEA Board.

Kendall Bolton is Second Grade Teacher at Van Arsdale Elementary and has been an active JCEA member for the last six years. She is the CEA Board and is extremely passionate about advocating for her students and colleagues in order to continue to advance education in our country. She enjoys spending time with friends and family as well as snowboarding, dancing and traveling.

Dale is a Social Studies teacher at Pomona High School. He served as the JCEA Secretary and was elected Vice President in May of 2020.

The fight for public education in our country seems to get bigger every year. JCEA has faced these battles first hand as an association. Our students deserve the right to learn in a safe environment that is not only well-funded but is free from violence. I’m stepping up to run as JCEA president because I want to continue to be a strong advocate for our Jefferson County students, strong teacher voice, and our public schools.

Our students deserve the best public educational experience. I believe it’s up to us as professional educators to stand together and advocate for students, their education, and great public schools. Our voice matters because we know what is best for students and schools because we are the professionals working with and our schools every day.

My message is simple, “Stand Together, win together.” We are the experts who continue to put kids first every day and keep them safe.

Callie is a building wide organizer and works to empower educators to advocate for their profession using the Negotiated Agreement. She is the liaison to Community Advocacy and oversees the political action and legislative program at JCEA.

Lisa works to empower educators to advocate for their profession using the Negotiated Agreement and teacher advocacy. She is the liaison to Negotiations Advocacy and oversees bargaining.

Lisa will be the point person for building wide support in the following articulation areas: Alameda, Conifer, Evergreen, Golden, Lakewood, and Wheat Ridge. 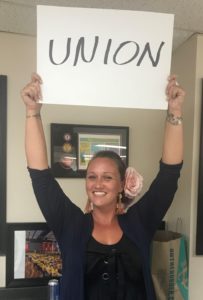 Chesca is a building wide organizer and works to empower educators to advocate for their profession using the Negotiated Agreement. She is the liaison to Communications and Early Career Educator Action teams, and oversees the communications program at JCEA. 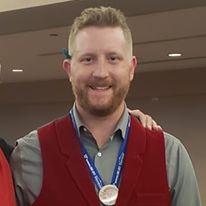 Cory Bissell is a general music educator at Hackberry Hill Elementary and was elected as the OAT chair in March of 2020.  He has previously served as the AR for his building, as part of the JCEA GLUE Team, and as a CEA Member Organizer.  He is one of the founding members of the JCEA Elementary AMP Caucus and the JCEA LGBTQ+ Caucus.  His passion for union work is rooted in a deep belief that all educators deserve to have their voice heard, especially when it comes to issues that impact our students. 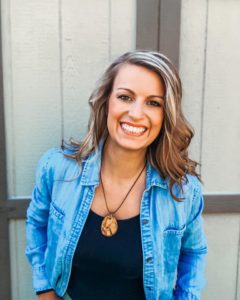 Sydney Slifka works at Westgate Elementary School and was elected CAT chair in the March of 2020.

Chanda is the point person for membership, dues, website log-in, and general questions. She also oversees general data and office management in addition to rentals of the JCEA meeting room.

Elizabeth is a Biology teacher at Lakewood High School and was elected to professional practices chair in the spring of 2019.

Jon has been teaching in Jefferson County for 25 years, mostly in first and second grades.  He has served two terms on the CEA Fund for Children and Public Education and was a member of the JCEA Bargaining Team for 5 years.  He has a passion for politics and international travel, having served two years as a Peace Corps volunteer in French-speaking west Africa and working with Hmong, Lao, and Khmer refugees in Thailand for nearly 10 years.

Christy Yacano is the Digital Teacher-Librarian at Sierra Elementary. This is her 13th year as a DTL and her 8th year at Sierra Elementary. She has been a part of the NAAT team for the past 4 years and this is her second year as the chair. She loves to spend time with her husband on their Harley, golfing, and skiing. Her adult children are her pride and joy along with her Pomeranian, Sadie.

Sandi is an ESL teacher at Alameda High School and was elected OAT chair in the spring of 2017.

Mr. Hawkins was recruited by the department of Education and Equity of the Jefferson County School district while living in Atlanta Ga, and was one of the second African American School Social Workers to work for the district Mr. Robert Hawkins developed a formal mission, supportive services in collaboration with county agencies and evidence-based program practices, establishing the SPIN Foundation in 2003 . Mr. Hawkins also established Positive Spin Magazine written for kids and by kids thus promoting positive issues for today’s youth, the theme of the magazine is “Where there’s a negative you can always find a positive “other programs that SPIN has developed is TROOP (total respect of other people) step team, DJ Positive Spin (radio and engineering),  The annual MLK Jefferson march at city park and a food bank within the school in collaboration with other non-profit food banks. Mr. Hawkins was awarded the Outstanding Contribution to Diversity in 2005 for the development of the SPIN Foundation at Jefferson High School, which supports low-income youth and their families in collaboration with other agencies to improve the outcomes for all students and their families. In 2008, SPIN was awarded funds by Jefferson County Human Services for its new pilot endeavor, the Most Valuable Player (MVP) program, specifically designed to expand educational and career opportunities to TANF-eligible students and break a cycle of generational poverty. During its first five months, incentive protocols, support services, monetary amounts, program activities and collaborations were tested and refined and underwent rigorous baseline evaluation by the Butler Institute for Families. Mr. Hawkins, JHS social worker and counselor, has 28 years of direct experience supporting the needs of low-income adolescents and their parents impacted by violence, mental health issues, substance abuse, poverty, gang involvement and failure at school as juvenile probation officer and social worker. He currently serves on the Diversity Committee as well. Mr. Hawkins also received the Wayne Carle Award for Outstanding Contributions To Diversity & Equity in 2011. Under Hawkins’s direction weaved school and community resources together to develop comprehensive and integrated approaches to address barriers to student achievement, enhance healthy life-style choices, improve social competence and resist gang involvement thus increasing at-risk youths’ chances to live productively and self sufficiently. Hawkins was Social Worker of the Year in 2013.

Rhiannon Wenning, Community Schools Site Coordinator at Jefferson Junior/Senior High School, JCEA/CEA Board Member. Rhiannon has been a Social Studies teacher for 17 years at Jefferson, but is stepping out of the classroom to coordinate the Parent Teacher Home Visit program, wrap-around services, and Restorative Practices at Jefferson, as well help to ensure both students, educators have the best, advanced, relevant, and culturally competent curriculum, resources, and professional development. Her work for Community Schools also builds partnerships between parents, the community, and school to make Jefferson the community hub. Rhiannon is also highly active in JCEA and CEA political and organizing actions, and fights for the social, racial, and economic justice of her students, members, and community.

Ang Anderson teaches Psychology and Economics at Bear Creek High School. She currently serves as a member of the Colorado Education Board of Directors as well as the JCEA Board of Directors. She is also a founding member of the Educators for Justice Caucus and serves as Mountain Region Director of the National Council of Urban Education Associations. Ang was inspired to become an activist and leader in JCEA because she believes that empowering the educator voice is the most important way we can transform teaching and learning conditions. After all, educators are the experts on education. Ang is also passionate about educational justice and ensuring that all students have all they need to succeed in the future regardless of their zip code.

Elizabeth Kantner has been a math teacher at Arvada High School for the past seven years. She discovered a love of teaching while sweating it out in a multi-grade classroom with no electricity and one (large) blackboard. She’s been an active member of JCEA for four years. Her favorite part? Organizing for Power.

Elizabeth is the chair of the Community Outreach Action Team where she hopes to enhance our community relationships and strengthen the safety of our public schools. Contrary to the popular belief that she lives at school, she can be found hanging with her family at home or in the mountains.

Hannah Bruner works at Mitchell Elementary School and was elected CAT chair in the Fall of 2017.

Are you a member of JCEA? Login to access information only available for our membership.

We believe that our voice is stronger together, and collectively we can achieve the schools our students deserve. Will you stand with us to make sure we have strong public schools in every neighborhood?