What if educators took the lead? 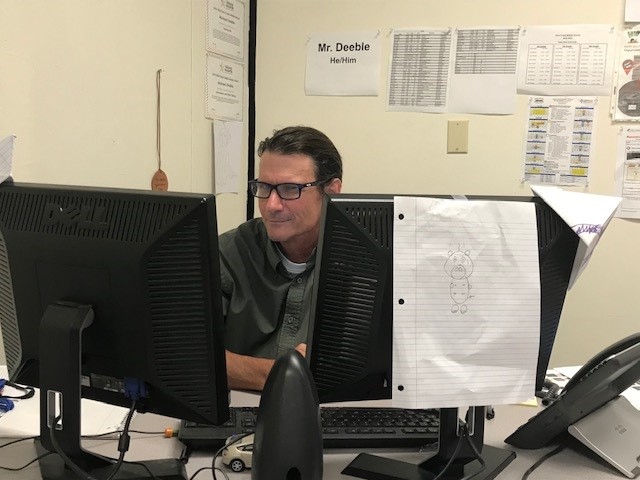 Back in August, I read this article about Colorado’s CMAS results from last spring, and then I decided that it is now fair to conclude that the school reform efforts of the last quarter century have failed. The results show the same problems now that the very first “school report cards” showed twenty three years ago.

The school reform I’m referring to is the free-enterprise inspired, test-score driven, punishment system that most educators opposed in the beginning but seem to accept as just a fact of life now. It was the idea that if you give schools a measurable bottom line (test scores), an accountability system could assess schools’ worth according to that measure, compare them to each other, publish these findings, and then allow families to make consumer-like decisions that would allow free market forces to fix everything.

Of course, this achievement score competition was not meant to shame the underprivileged children whose test scores routinely fell short and whose schools routinely received low ratings.  It was meant to shame their teachers. They wanted everyone to agree with the assumption that a school’s test scores accurately reflected the quality of teaching at that school, which placed blame for achievement gaps on teachers. In other words, the system punished the teachers who chose to serve in underprivileged, under-resourced communities and rewarded the ones who chose not to.

Nobody ever tested the assumption, by the way, that teachers were to blame for test score discrepancies between schools. There was a really simple experiment they could have done. Just switch out the teachers from the highest performing school with the ones from the lowest for just a couple years. If the lowest performing school would have become the highest, then this assumption would have been proven. But we all know that is not what would have happened. Political leaders knew that too, which is why they never tried that experiment. There were (and still are) political reasons for attaching blame on teachers. So they’ve worked very diligently to promote this assumption and get all stakeholders to buy into it. And they did a really good job of that.

I bought into it. I’ve spent the better part of my career supporting this assumption, or at least pretending to. And in doing so, I’ve watched as the curriculum, once tethered to standardized tests, became increasingly empty. I’ve watched as schools’ instructional programs became less focused on students’ passions and more so on testable skills. This has been especially true in schools with a high density of poverty and students of color. I’ve also watched as the schools where I worked become more segregated, and I find that very problematic.

We were all pretty busy teaching, so I get it. And yet, the perpetual failure of existing reform measures might open up an opportunity for us in the near future. I’m thinking that after our punishment based system fails for the 25th year, which it will, we can say, “Hey, a quarter century is enough. Let’s try something that will actually work.” Maybe then, we can get some true energy around a message that puts teacher-based reform in the lead. However, we need to prepare ourselves by figuring out which teacher led initiative to promote.

My big idea is year-round schools. I don’t think there’s anything else more guaranteed to improve achievement than increasing time on task. It would require a per diem pay increase for teachers which would single handedly transform the income incentive for teaching. It would also alleviate multiple strains on low income families as they struggle to find affordable care for their children while working over the summer months. Students would also have full access to the many other services that schools provide during the school year, but cannot when they are not open in the  the summer.

My other big idea is to desegregate the schools. I thought that segregation was unconstitutional! Didn’t Brown v. Board of Education determine that there is no separate but equal? I don’t think the ruling said that separate is okay as long as you punish the teachers enough. Oh, and by the way, have you noticed that once the test score competition arrived, the integration efforts disappeared?  Interesting, huh.

But that’s just me. I know quite a few of you would hate my ideas. So the question on the table is, what would teacher led reform of schools look like?

Tell me your thoughts >>

Editors Note: many of the education reforms are tied to our evaluation system and “educator accountability” in Senate Bill 10-191. Yesterday was the first day of the legislative session and it’s vital we tell our elected officials, now, that they need to hear your voice, let educators lead, and overhaul or eliminate the unfunded mandate in the evolution law put into place thirteen years ago. Will you take one minute to write to your legislators and tell them it’s time to listen to educators and eliminate this punitive evaluation system?

Teaching to Fulfill my Dream, Food Service to Pay Bills

JCEA educator reflect on the sacrfices they have had to make to make ends meet.

END_OF_DOCUMENT_TOKEN_TO_BE_REPLACED

JCEA educator reflects on being underpaid and underserved in Jeffco.

END_OF_DOCUMENT_TOKEN_TO_BE_REPLACED

Do We Value Public Education?